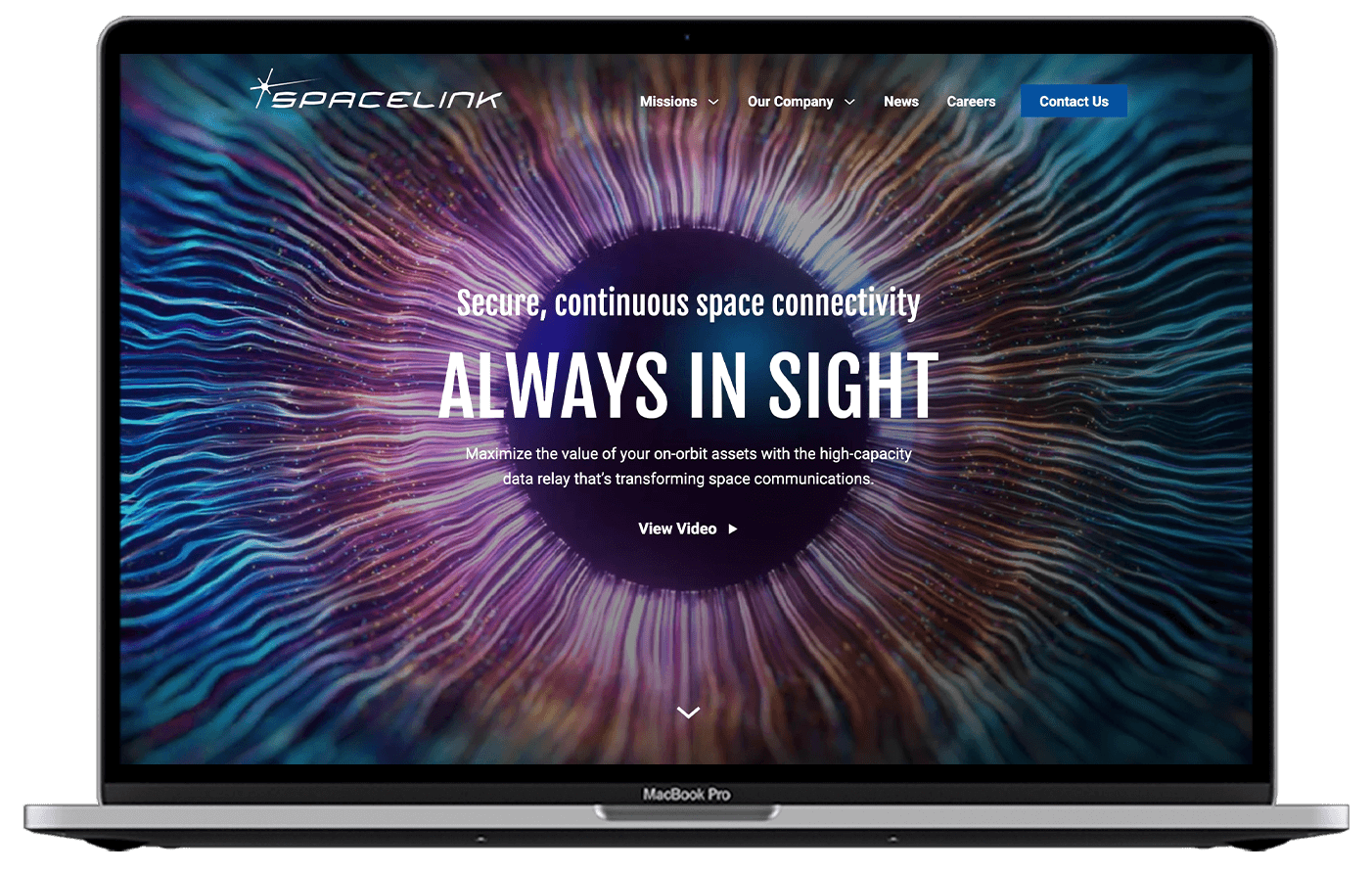 An out of this world
product launch 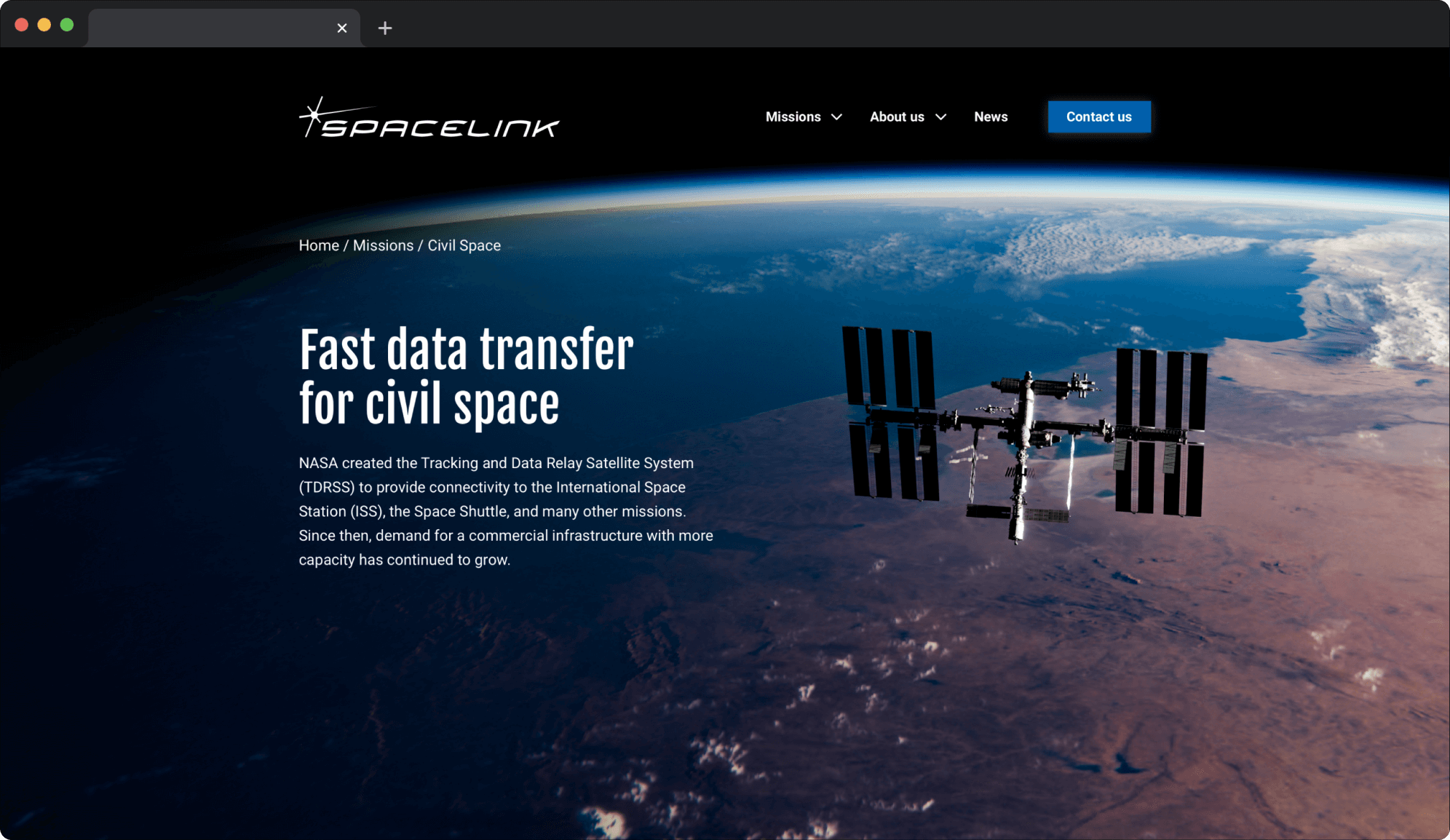 Build a digital brand to compete with global aero defense and exploration companies, with a goal of acquiring talent and receiving funding  for the launch of a new type of communications satellite.

A race to space- The catch is that SpaceLink has a limited time to launch their Constellation of Communications satellites before the rights to the spectrum would be forfeited.

After interviewing key stakeholders, we proposed a simple yet powerful design system built on the back of WordPress to allow for internal flexibility and rapid growth.

We worked hand-in-hand with the SpaceLink team in conducting interviews and developing an in-depth creative competitive analysis. 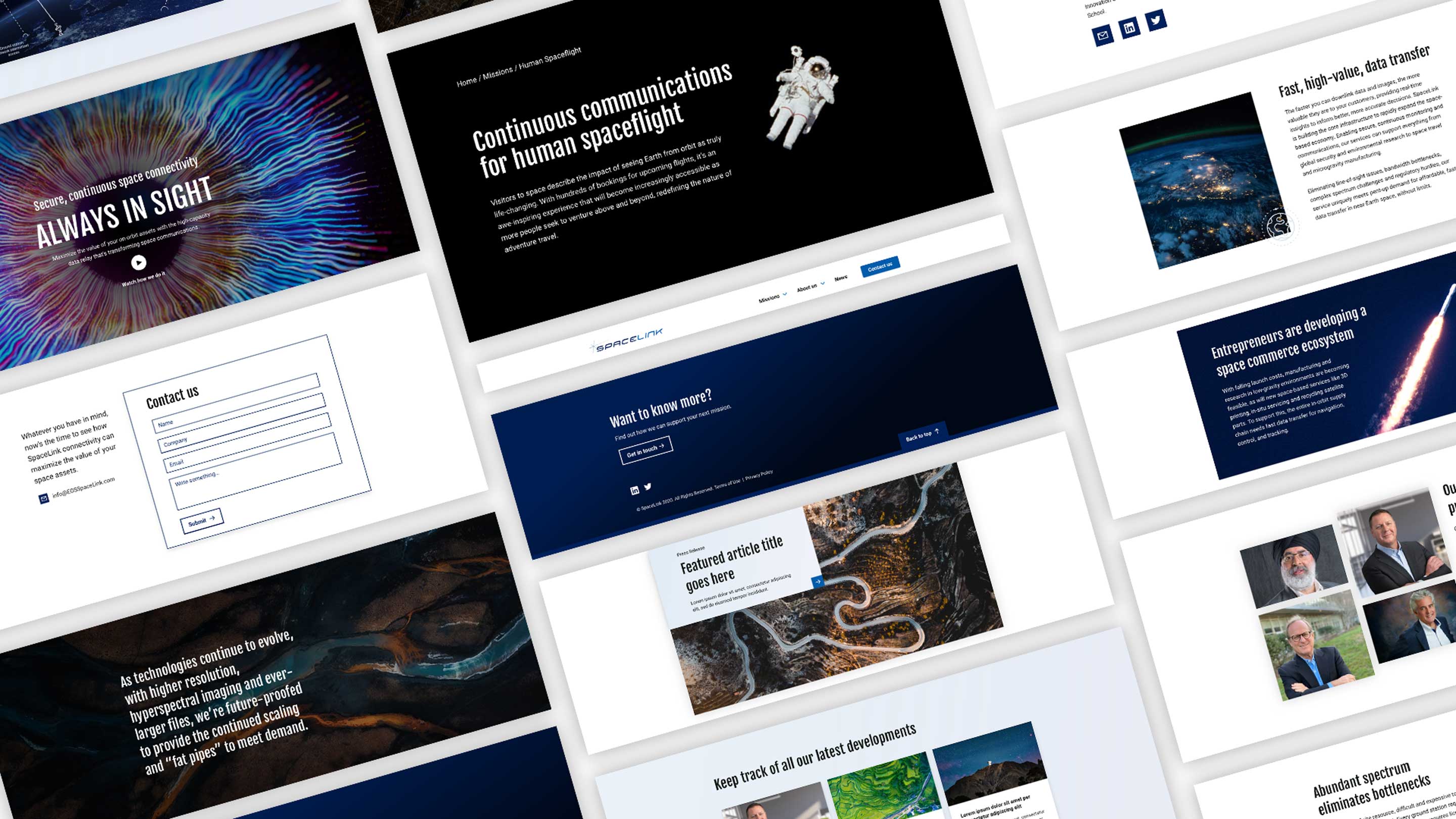 SpaceLink has accomplished its growth and funding goals to launch it’s first mid-earth satellite in support of the International Space Station. 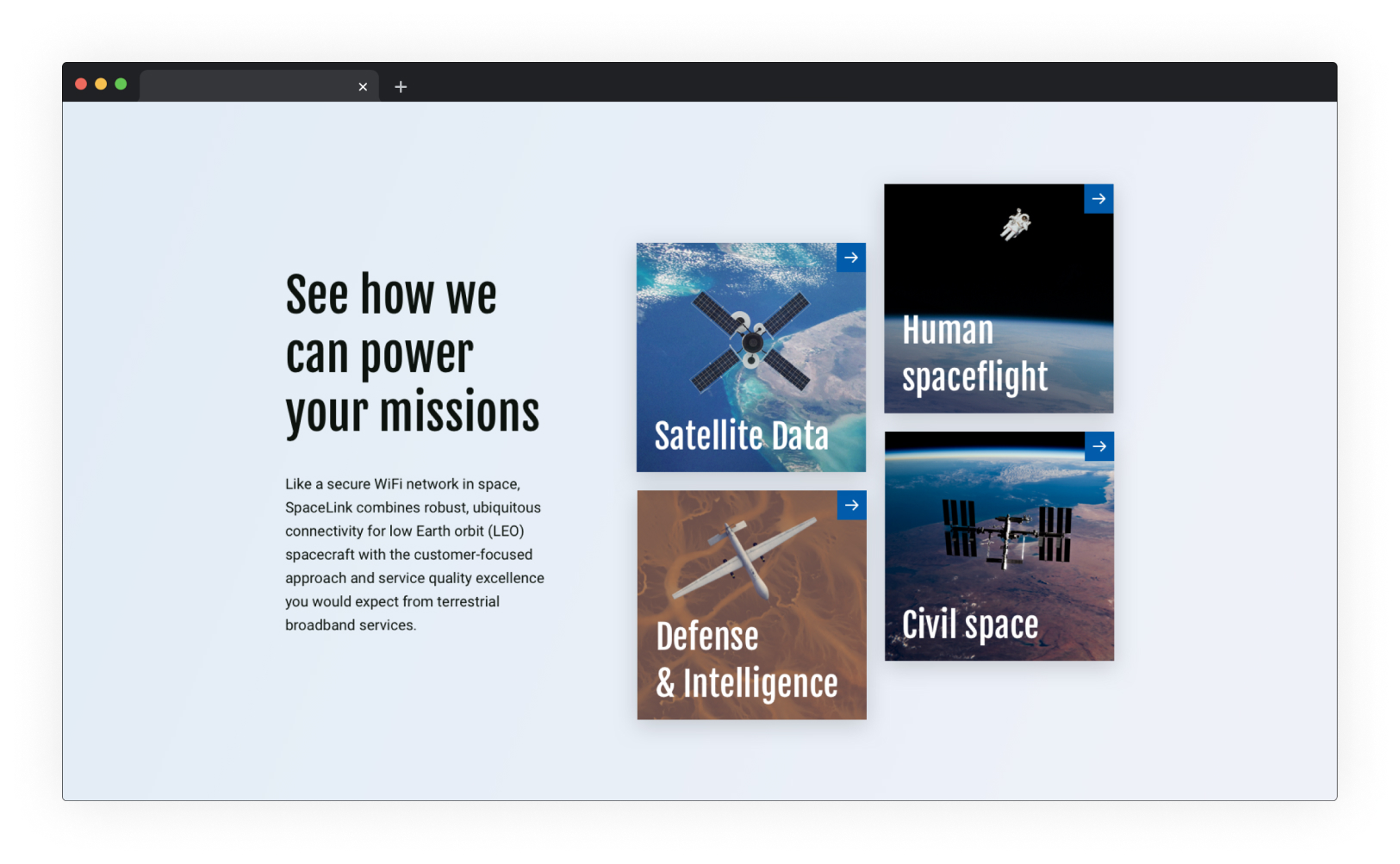 Check it out for yourself

Daydream about space with the link below